materiO' of Paris has honored BetR-blok by adding it to its list of most innovative new materials. 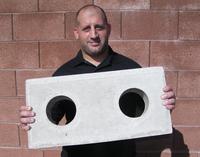 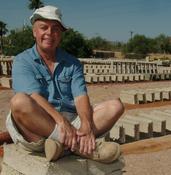 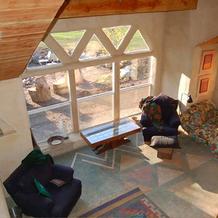 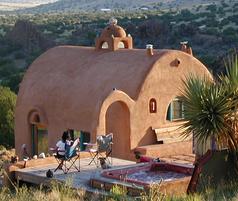 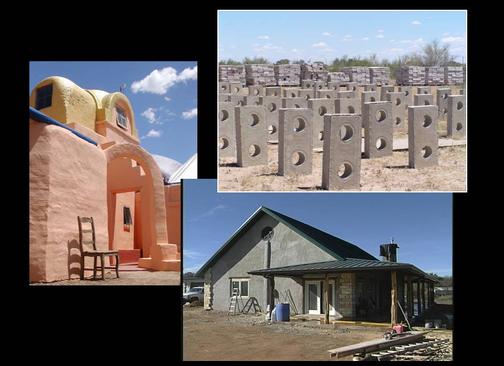 One of CABS first projects was to investigate the properties of a new building material made from recycled paper and other cellulose materials. As testing began to show the superiority of this material, in comparison to others, it became known as BetR-blok (better block). One of the major tests showed that BetR-blok has high "R" value (insulating capability) which accounts for the capital "R" in its name.

For information about how you can build your own recycled paper home - yes, you can - visit our sister site Living In Paper.   Click on LivingInPaper.com.

This is Chris Frettoloso. He likes to design homes with BetR-blok.

Chris is an Undergraduate student in the Arizona State University School of Sustainability pursuing a concurrent degree in Urban Planning from the College of Liberal Arts and Sciences. He is also completing a Certificate in Entrepreneurship from the WP Carey School of Business.

This is Barry Fuller.    He likes building homes designed by Chris.

Barry has over nine years experience in research and construction of BetR-blok structures - foreign and domestic. Mr. Fuller is also the Executive Director of the Center for Alternative Building Studies (CABS). Chris and Barry teamed up when Barry was building his first paper home.